Sometimes themes and verses are repeated so often in the psalms that it’s hard to find new inspiration. In Psalm 69, we hear again the laments and prayers of someone who feels enmity, opposition, slander and loneliness, the while giving thanks for merciful love and safety in divine provision. 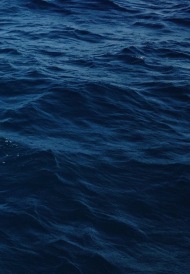 Fresh, however, is imagery of sinking in swirling waters — ‘up to my neck, I sink in deep mire where there is no foothold’. Another new touch is in verse 21, quoted in all the gospel stories of the crucifixion:

They gave me gall to eat, vinegar to quench my thirst.

Save me O God by John Blow (1648-1708) nicely captures these fresh ideas using a four-part chorus, with a trio singing selected verses. Lassus wrote at least three settings for verses in Psalm 69, including a trio Deus tu scis using verse 6; on verse 13 Adversum me loquebantur à5; and another trio Exaudi me on verse 17.

Amongst the few contemporary settings available for this psalm, two in Psalms for All Seasons — with different authors but the same chord sequence — appear unremarkable but should respond well to sympathetic treatment. 69C has added attraction as coming from the pen of John Bell and Wild Goose.

I enjoy the sparse introduction to a song by Australian band The Sons of Korah released on their 2005 album Resurrection. You can hear a sample on their web-site. I note, by the way, that the band has a concert in Canberra next Saturday 10 September 2016 — all psalms!