It’s a while since I introduced the Front Fencing series. I think this is no. 4.

An early morning mist hides the far reaches of the canal linking the Somme to the Oise rivers. By the time we take our bikes ashore in Pont l’Éveque near Noyon and ride a few kilometers to the Cistercian abbey of Ourscamp, the fog is a memory and clear sunny skies highlight the bare stone remains of the abbey’s arches.

Inside the church behind the ruins are a grand pipe organ (over 1900 pipes) and wood panels with fine carvings of suitably musical or inspirational themes.

In the choir stalls, notable for a variety of fine carvings under the misericordiae, missals, song sheets and books are stuffed at random under the benches, the signs of recent and frequent musical activity in the choir.

A music book is open at some random page to reveal the daily psalms. It happens to be open at Psalm 31 but who knows for what day? 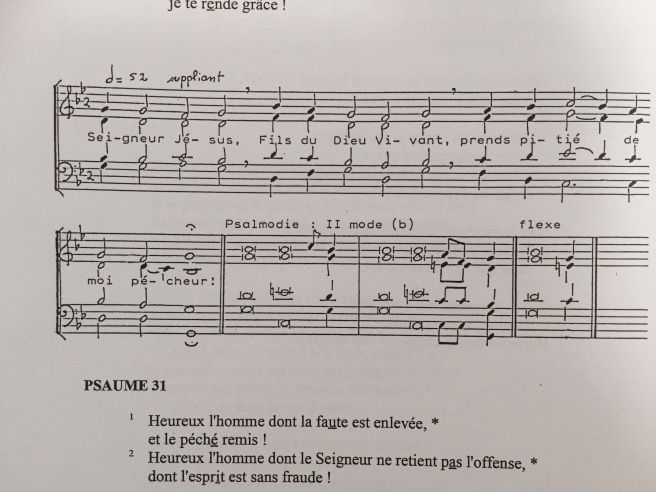 The format will be entirely familiar to our regular psalm Singers in the South; some music notation with the verse texts, in this case in French, below.

The response is not from the psalm itself since it has NT references. The verses start:

Happy are those whose transgression is forgiven, whose sin is covered … to whom the Lord imputes no iniquity, and in whose spirit is no deceit.

But wait! This text will be found in Psalm 32 in our books, not 31. The church associated with the now-deserted monastery must follow the earlier Vulgate numbering system more common in older Catholic communities.

Note that to help the cantors in fitting the words to the music, the small underlining replaces our dot or comma before the last few syllables.

The first line of the music is the congregational response followed by, in the second line, a tone to which the cantor or choir sings the verses. Both are arranged for four parts SATB but could be sung more simply, with or without accompaniment. The grand pipe organ at the other end of this massive historic monument, flanked by impressive wood carvings, is of course a relatively recent addition, relying on the advent of electricity to power its pneumatic system. Monastic tradition relied on no supporting instrumentation since the human voice is one of the best instruments.

Response. The response tune is simple enough, though I do not recognise it. The succession of crotchets and minims (quarter and half notes) is reminiscent of the songs in the Genevan Psalter. That collection also had French roots, but it was firmly in Protestant territory and certainly did not use the Vulgate numbering system.

Tone. The tone is typically simple, using only a very few notes and on only two chords (which happen to be the same tonality as the first two chords in the Taizé song ‘Bless the Lord my soul’ — i-IV in the jargon, or a tonic minor followed by the sub-dominant major. Sorry — too much information.)

Today we sighted the Tour Eiffel in the distance, after good singing on the barge last night. My fingertips are still sore from the guitar strings. 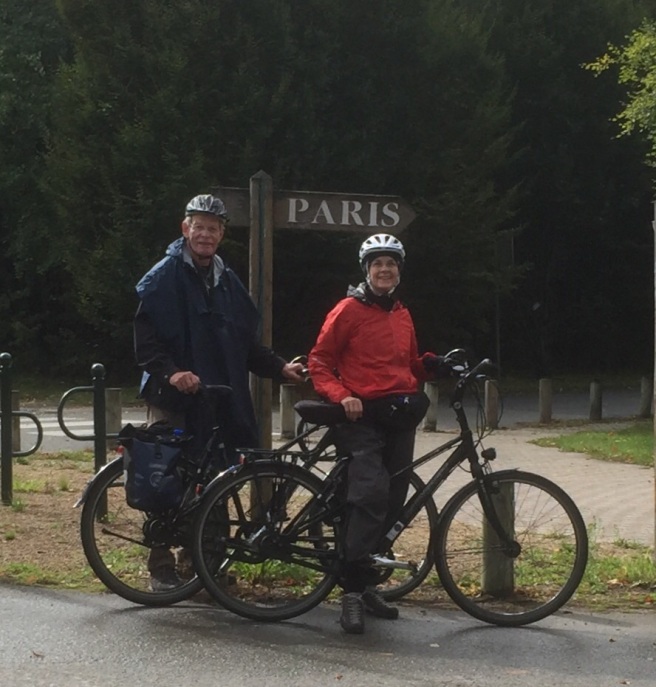